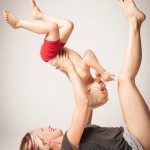 When asked what happens in sessions with me, I am never quite sure what to say.  I know that sessions are magical, that I integrate many healing modalities, and that none look the same as what each person works on is different.  Below is an example of the kind of energetic and chakra work I do with clients.

I have been thinking about what I wanted to blog about in this new year, and I was feeling it would be examples of meditation or snippets from the work I do, and this morning I woke up to find this guest blog in my inbox, confirming and jump starting my intention.  I look forward to sharing more magical adventures this year!

Many thanks to Tammy Rosen Wilbur of Tucson Feldenkrais for gifting me with this amazing guest blog. Tammy has a saying I love–High water floats all boats. Love lifts everyone up. In celebration of this loving gift, I encourage everyone who reads this to say thank you or show gratitude to someone who has helped in some way–let’s lift each other up in love and gratitude.    Happy New Year!

I have long had a constriction in the back of my throat.  I’m a tongue-sucker.  At night my husband reports hearing clucking noises from me as I use a self-soothing method I probably chose as a baby.  The result is a tightness at the base of my skull, in my jaw and under my chin.

The metaphor behind this was first pointed out to me by the brilliant Taos, NM Feldenkrais® Practitioner Prisca Winslow Bradley.  She gave me a Functional Integration® lesson related to my tongue.  Afterward, I was telling her about a situation in which someone had displeased me, but I hadn’t talked to them about it.  She quirked an eyebrow at me.  “Well, don’t hold your tongue, Tammy!” she exclaimed meaningfully.  I had never connected the physical tongue clenching I had with the personality trait I had of keeping my mouth firmly shut in the face of conflict.

Even armed with this knowledge, releasing both the physical and the personality issue has not been easy.  I recently asked for an energetic healing session with Reiki Master Simone Gers to release my tongue.  She incorporates all kinds of healing modalities into her sessions – past life regression, Deeksha Oneness Blessings, intuitive counseling– whatever comes up for her as we journey together.

She “saw” many energetic cords wrapped around my neck from past lives, keeping me from speaking my truth.  Rather than tell me what they were from, she asked me.  While intuitive, my abilities don’t compare to Simone’s.  Still, it didn’t matter.  Answers appeared in the moment and it seemed more important that I see/speak them, than have them reported by her.

“What is this cord?” she asked.

“A handkerchief tied around my mouth,” I said.

I imagined it dissolving– clearing myself of this constriction.

“Who else put it there?”

“That’s right. It’s important to realize that,” she murmured.

We continued our work as she described that some of what I was feeling was tangled cords from multiple energetic bodies of past lives.  “Do you want to release the old bodies or keep them?”

I asked to release them but keep the lessons.  I felt a tightening in my throat and she said to relax, it was a knot that was being worked out.  It passed and a pain I had in my hip and opposite shoulder cleared as well.

We were doing the reiki lesson in my home Feldenkrais studio, and were interrupted at that moment by my four year old son.

“Katie needs to hear your voice,” he said, growing very agitated, starting to throw a full on fit.

It was a new feeling as I held fast to my own truth.  “No, I’m working with Simone right now.  I will help you when I’m finished.”

He crawled up on the table and threw himself over my body, holding the two sides of my face.  “You’re making a terrible mistake!” he said.

I had to laugh at the four year drama.  My daughter emerged from the room she’d locked herself into and I coached my son in talking to my daughter about his issue, while Simone sat down and waited patiently for my interruption to be over.  The children disappeared again and we resumed.

“Do you understand what just happened there?” she asked.

I knew that I’d not felt the sense of anxiety I usually felt when my son threw a fit.  His temper tantrum had struck me as innocent and child-like, whereas normally it would push my buttons.  The two of us often go toe to toe and it seemed like he won more often than I did.  This time I clearly felt like the “mom” in the situation and it was easy to hold my ground.

I could only laugh at the miracle that had just unfolded.  She further explained that I had given him my voice in many past lives, and we’d agreed that I would be his mother in this lifetime to teach him to use his own voice.

I felt tired afterward but the constriction in my throat was gone, as well as my hip and shoulder.  My tongue still felt as though it needed a Feldenkrais lesson or two to teach it how to relax and lie in the bottom jaw rather than be sucked up to the roof of my mouth but it felt like the driving force that was keeping it locked was gone.

Without the anxiety and tension that used to arise in the face of my son’s distresses, I am now able to see the bigger picture and coach him, as a parent should.

Could I have arrived at this same result through Feldenkrais lessons?  I believe absolutely that I could have — working with the physical aspect will indubitably bring about the metaphoric change as well.  But sometimes going to the heart of the energetic matter is a more direct and miraculous route.  I am grateful to experience this work with Simone as we journey together on a path of healing.

Tammy Rosen Wilbur is a Guild Certified Feldenkrais Practitioner with a practice in Tucson, AZ.  As a professional modern dancer, teacher, choreographer and former dance studio owner, she is intimately aware of the importance of good biomechanics for optimal performance. As a practitioner, she follows her kinesthetic sense to help her clients improve their abilities to move with comfort, ease and even grace. It is now her passion to help others improve in their chosen field or recover from injury or other limitations.  You can find out more about her practice at www.tucsonfeldenkrais.com